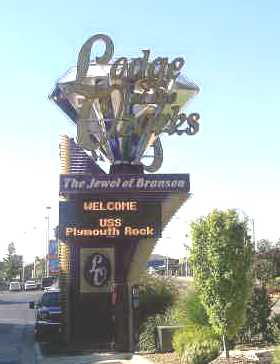 We assembled for our fifth ships reunion in Branson, Missouri.  The reunion coordinators for the 2004 ships reunion included Norm Jepson and Richard Mathis, who both did a fantastic job.  Thanks to both of you.  We had 82 people in attendance, of which 40+ were shipmates. 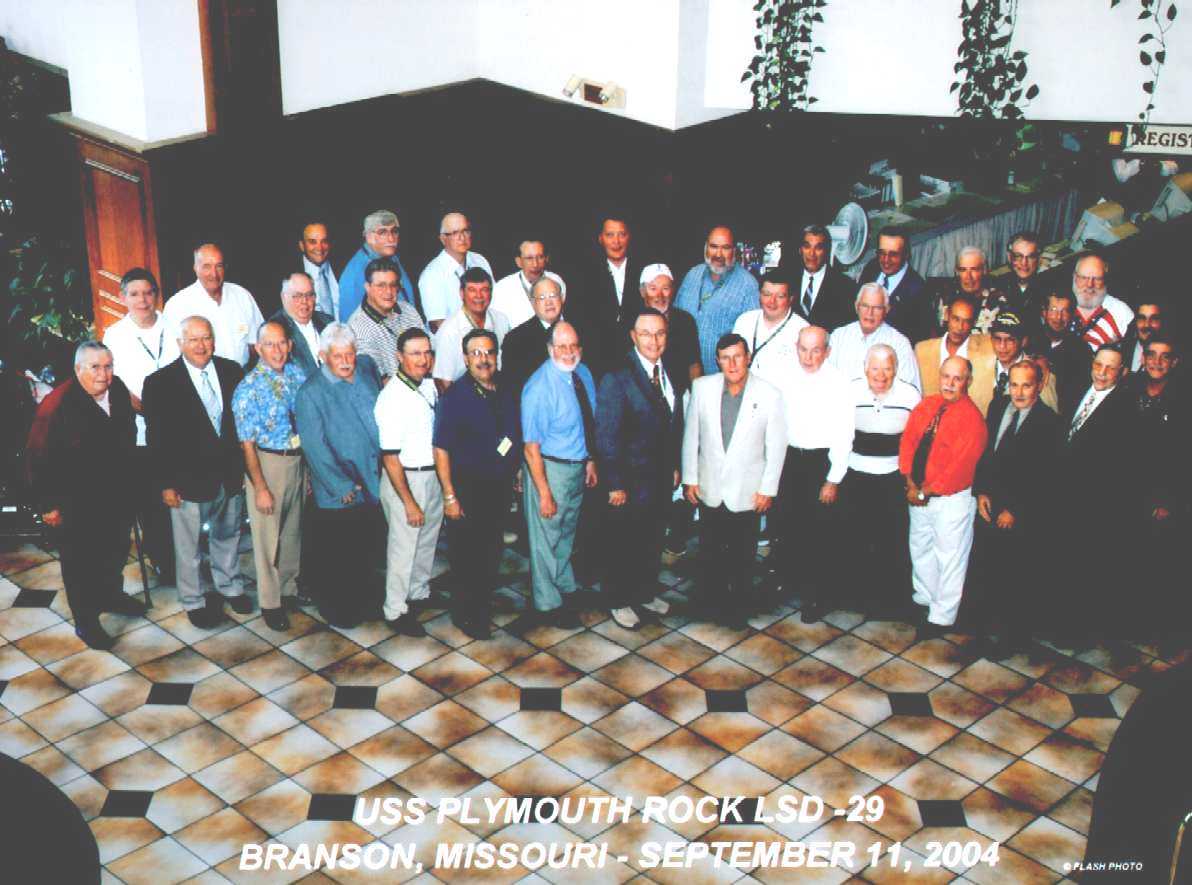 Group photo of shipmates at the 2004 ships reunion

We began arriving in Branson, MO at Lodge of the Ozarks on September 8, 2004.  Most of us after checking in ended up at the reception room were we met old buddies and had a few drinks.

On Thursday, September 9, in the morning we went to see Mickey Gilley perform.  Being a Mickey Gilley fan, I thoroughly enjoyed the performance.  Joey Riley was definitely hilarious.  The afternoon found many at the 50's at the Hop performance.

On Friday, September 10, we journeyed to the paddlewheeler Branson Belle on Table Rock Lake.  Prior to dinner and a show, we all gathered to lay a Commerative Wreath for all our deceased shipmates.  President Tom Wagner read the names of all known deceased shipmates.  In the evening many attended the Moe Bandy show.

On Saturday, September 11, we held the business meeting, officers were nominated and elected.  Various reports were given and it was decided that the next reunion would be held in the Mystic/New London, CT area in late September or early October, 2006.  In the afternoon, many of us attended the Joey Riley performance and we were again not disappointed.  Saturday evening we attended the banquet at the Lodge of the Ozarks.  Chief Andy Monsees was our guest speaker, who spoke on the changes in the new Navy.