We all had a great time at the Charleston reunion.  Our special thanks go the David and Rhonda Dortch for doing a great job in planning, organizing and carrying out all that was necessary for putting together this great reunion.  They provided us with the opportunity to reunite with old shipmates, meet new ones.  We had 63 Shipmates and guests in attendance for 2010.  I do hope that we can all meet again for the 2012 reunion of the USS Plymouth Rock.

Well we dropped anchor on September 20th, 2010 in Charleston, SC for 4 days of liberty. We were not disappointed! The weather, sights, food and liquid refreshment were abundant. It was a great time for all. It was that time when we could get together, share memories, look at pictures of once lean young men and remember shipmates who have passed.

Our next liberty is scheduled for September or October 2012. Location is yet to be determined, but I can assure you, Dave and Rhonda Dortsch, have already begun making inquiries. Dave and Rhonda have planned our last 2 reunions and have done a wonderful job. 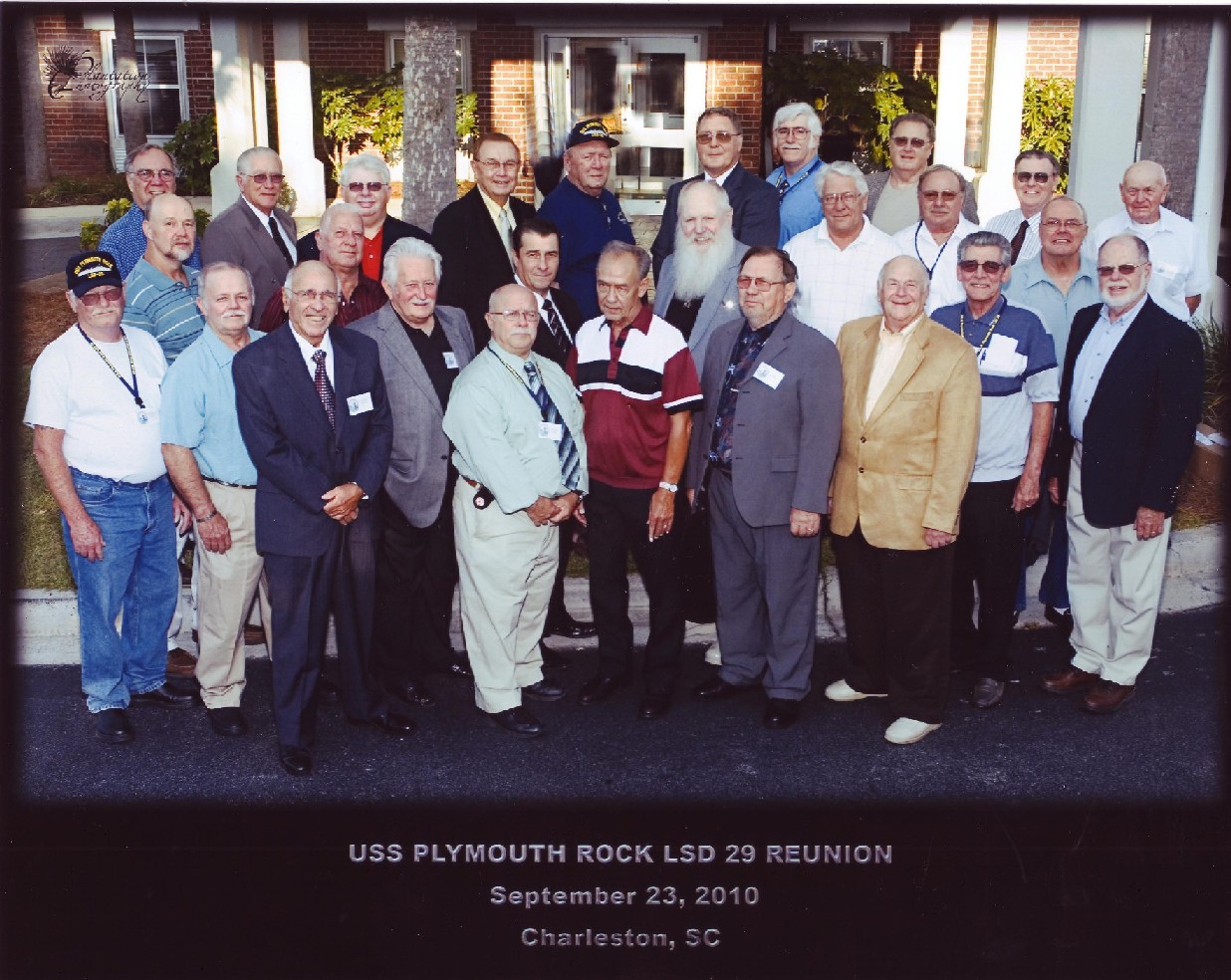 Day 1:  After settling into our rooms at the Quality Inn, the reunion began with registration which turned out to be very busy for those of us working the tables in getting information updated for the ships Muster List, collecting dues, collecting money for the programs signed up for and having applications completed for new members.  That evening we attended a Welcoming Buffet at the Point Grill to mingle with old shipmates and catch up on what had transpired since the last reunion.  After the buffet it was back to the Hospitality Room for some cold beers and story telling.

Day 2:  Most of us left for Patriots Point to tour the USS Yorktown, CV10.  The Yorktown began life as the Bon Home Richard, and later renamed in honor of the first  carrier Yorktown CV5, lost in the battle of Midway.  The present Yorktown was commissioned in April 1943 and served in the Pacific offensive that led to victory in 1945.  After a introduction of the ship we were free to roam where ever we wanted.  Some went below decks to the living spaces, many of us went to the flight deck and bridge.  We then had lunch in the Chief's mess on board the ship..
In the afternoon we boarded a bus for a narrated tour of old Charleston.  This gave us a idea of where what was located if we returned to Charleston on our own.  In the evening we retreated to the Hospitality Room for some beers and sea stories.

Day 3:  We split up today, with some of us going to Fort Sumter, where the opening shots of the Civil War were fired on April 15, 1861.  The rest of us went to Magnolia Plantation and Gardens where we did the garden walk and took a  tram tour of former rice fields that have been converted to the exotic Audubon Swamp. We then had a guided tour of the Magnolia Plantation House.  In the evening we had more beers and told more exaggerated sea stories of our times on the P Rock.

Day 4:  We all boarded a bus for the former Charleston Navy Yard to visit the raised confederate submarine Hunley.  The sub was raised in 2000 after having been submerged for over a century.  The Hunley is housed in its 90,000 gallon conservation tank. Artifacts found during excavation of the submarine are also displayed.  After visiting the Hunley, we then went to the Lone Sailor Memorial for a Memorial Service for those shipmates known to us who were no longer with us.  That afternoon we had our Business Meeting where reports were given, we then discussed where and where and when our next reunion would be held, officers were elected and the meeting adjourned.  In the evening we attended our Ships Banquet where we honored our three Plank Owners, Richard Sandlin, QMC retired, Richard Hopper, BTC retired and Robert Warwick MM2.   A special presentation was given to David and Rhonda Dortch for their effort in putting this reunion together.  Our guest speaker was Mike Lussier, curator of the American Military Museum in Charleston.  He spoke about and showed a WWI Navy uniform and also showed a Navy enlisted flat hat. He had some other military coats and memorabilia from their museum. He also described some of the battle at Pearl Harbor and the Omaha Beach landing by Allied Forces on D-Day.

Reunion for 2012.  Two possibilities were brought forward:  A Ships Cruise for 5 days to be held in early October or a reunion at Valley Forge which would be held in late September. 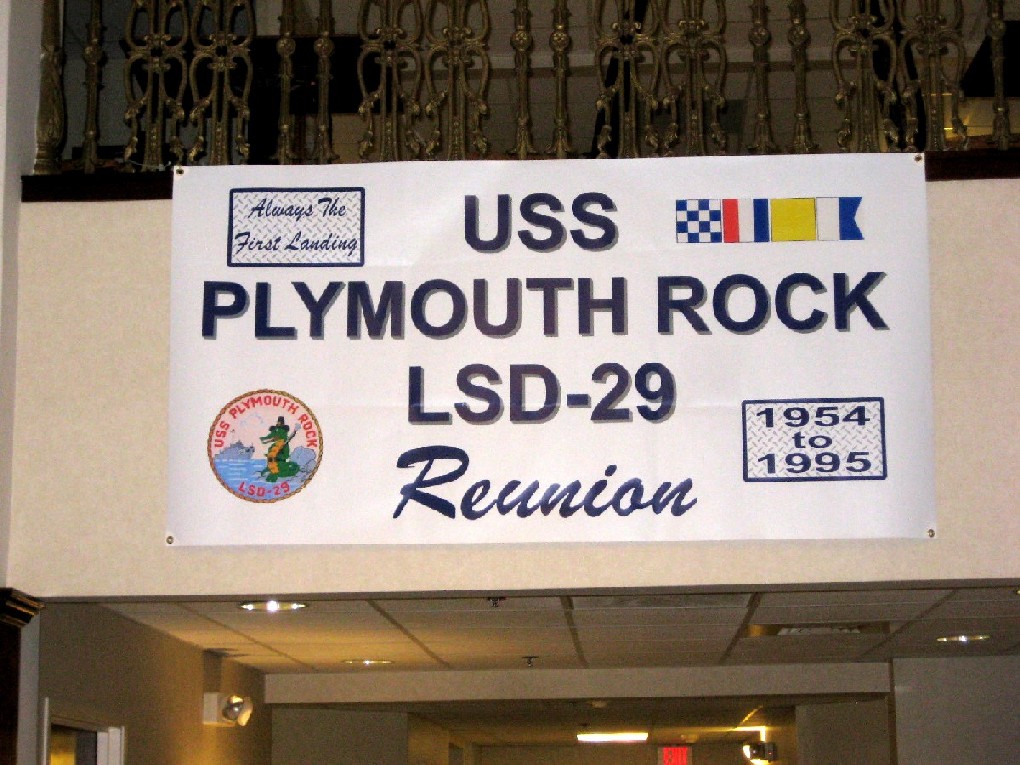